The next World Urban Forum (WUF) will be held on the theme “Transforming our cities for a better urban future” and will gather French professionals in sustainable urban development under the banner of the French Pavilion, coordinated by the French Partnership for Cities and Territories.

Sustainable City by France key events on the French Pavilion:

June 27:
15:30 – 16:30 pm: Inauguration of the France Pavilion by Frédéric Billet, Ambassador of France to Poland, alongside Hubert Julien-Laferrière, President of the PFVT, Philippe Lacoste, Director of Sustainable Development, Ministry of Europe and Foreign Affairs and head of the delegation, Emmanuel de Lanversin, Deputy Director of Housing, Urban Planning and Heritage, Ministry of Ecological Territorial
Planning, Gérard Wolf, federator of Sustainable Cities at the Ministry of Europe and Foreign Affairs
16:15 – 16:40: Franco-Polish cooperation and partnerships – French Pavilion – with the presence of Frédéric Billet, French Ambassador to Poland, Patrice Vergriete, President of France Ville Durable and Mayor of Dunkerque, Marcin Krupa, Mayor of Katowice or his representative, Andrzej Porawski, Director of the Association of Polish Cities, Alexandra Berger, Les Eco Maires and Young Ambassador for the Climate.
16:40- 17:00: Official signature of the partnership between France Ville Durable and Unep Grid (operator of EcoMiasto, the competition of Polish sustainable cities), Franco-Polish crossroads in the presence of the ambassador.
June 28th :
9:00 – 9:15 : 100 climate neutral and smart European cities by 2030 – Presentation of the program by Philippe Froissard, European Commission
9:15 – 9:45: Round Table “the exchange community of French cities committed to the climate”, around the call for projects of the 100 cities with Carole Pourchez, CGDD Ministry of Ecological Transition, Delphine Bourdin, France Urbaine, Sébastien Maire, France Ville Durable
10:00 – 11:30 : Franco-Polish sequence in restricted committee.
With the participation of:
On the Polish side: Secretary of State in charge of urban policy of the Ministry of Funds and Regional Policy (pending: change she will have a representative), representative of the Ministry of Climate and Environment (pending), Deputy Director of the association of Polish metropolises (hoped), Embassy: presence of the Consul General
On the French side: Patrice Vergriete, MEAE and MTE, Laurence de Touchet, Director of Business France Central and Eastern Europe, Russia, Gérard Wolf to represent the economic diplomacy and Brigitte Bariol for the college of experts (see confirmation with her)
12:30 – 14:00 : “Pathways to low-emission urban transport – hydrogen and e-mobility scenario”, intervention of Patrice Vergriete on the Polish pavilion in the presence of representatives of the Polish Ministry of Transport
13:15pm – 13:45pm: Roundtable “Going beyond SDGs?  Strengthening the 2030 agenda through more resilient and integrated approaches to urban challenges” moderated by Sébastien Maire, with the participation of Sylvain Chapon (Engie) and Eugene Zapata (Resilient Cities Network).
14:15 – 14:30: Pitch – Dunkerque community on the French Pavilion
14:45 – 15:00: AGUR free transport pitch on the French Pavilion
18:00 – 19:15: Evening of the French delegation: participation of Patrice Vergriete in the debate on the resilience of post-crisis cities, at the Porcelain Factory.
19:30 – 20:15 : Informal exchange time led by Sébastien Maire to introduce the participants to the delegation in Warsaw during the cocktail at the Fabrique de la Porcelaine

A dozen booklets have been produced within the framework of the French Partnership for Cities and Territories working groups for the WUF. They provide French recommendations on the issues of health, smart and sustainable cities, informal cities, food, biodiversity, etc. and resilience, a subject led by France Ville Durable and the ENGIE group.

Find all the publications on the toolbox of Sustainable City by France portal. 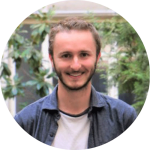 Motivated by climate issues and planetary boundaries, Quentin decided to study land use planning at the Ecole Nationale des Ponts et Chaussées. His experience in associative field at the Fresque du Climat, helped him to better understand the stakes of the ecological bifurcation. Between his native Haute-Savoie and his home town Rennes, where he gained expertise in mobility and sustainable agriculture, he is now based in Paris to deploy the Sustainable City by France’s territorial workshops throughout the country. 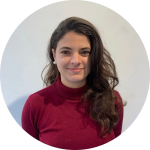 Originally from Savoie, Alice is currently studying a Master’s degree in Sustainable Territorial Development. After having focused her professional life in the tourism sector and the search for a way to reconcile tourism and environmental issues, she joined Sustainable City by France. This organisation, fully committed to the transformation of territories, allows her to discover more about sustainable city, in a theoretical way (working groups and scientific committee) but also in applied way, by territorial workshops. 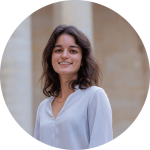 Currently studying as a second-year Master’s student in International Relations at University Paris 1 Panthéon-Sorbonne, Tara holds a Bachelor’s degree from INALCO, with a double-major in Hindi language, and International relations / Environmental studies. Her work with us is in line with her former experiences at UNESCO and the Ministry of Europe and Foreign Affairs, thus deepening her professional expertise in the field of environmental diplomacy and international cooperation for sustainable development. 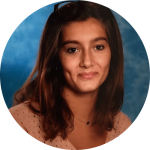 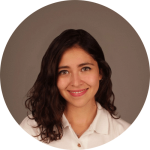 Isabelana is a Mexican journalist who holds a Master’s degree in Digital Communication and Data Analysis from the Sorbonne University. She previously worked in communication and press relations in the cultural sector in France and Mexico. Today, she is interested in ecological actions and solutions to preserve the environment and the biodiversity. 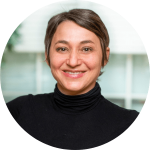 With a background in social sciences, art history and architecture, Camille has worked in communication within the VINCI group: from major international projects to La Fabrique de la Cité, a think tank dedicated to urban foresight. 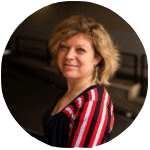 A geographer by training (Saint Petersburg State University), she started as a geographer and economist at the Academy of Agricultural Economics (Russia), before pursuing her career in France as an administrative and accounting assistant (Air Liquide, Association TGV Provence Côte d’Azur, COFHUAT, Groupe Hervé) 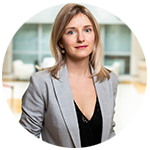 Trained in international and European affairs between England and France as part of a double degree at Sciences-Po Lille / University of Kent, Marion started her career in advocacy and institutional relations of non-governmental organisations, in the fair trade sector (Max Havelaar France label). Her experiences are also linked to territories, with a passage in decentralised cooperation at the level of a departmental council. 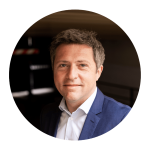 Before joining the SCbF team, he held several positions in local government management. From elected official and deputy mayor of his native city Besançon, in charge of university relations and international cooperation, to Director of Economic Development of the City of Pantin, to Chief of staff in Montreuil – where he notably piloted the in-depth redesign of the urban project towards more ecology and sustainable development – he continued his career as Senior Resilience Officer of the City of Paris.

He promotes a holistic and systemic vision of sustainable development and brings his expertise in territorial resilience, ecological and social transition.